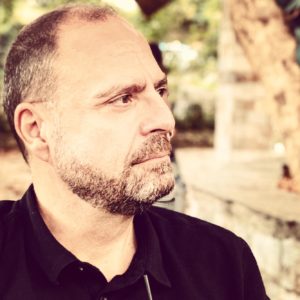 Michael Seibel was born in Germany and lives in Greece

He holds a MA of Arts in directing theatre and opera from Middlesex University London.

Furthermore he holds a PhD from University of Hildesheim, Germany

Title of the dissertation paper:

Phenomenology of acting. A phenomenological reorientation of the aesthetic production processes in acting and acting training:
from textuality to performativity

with international theatre awards for Best Directing and Best Performance.

He was Artistic Director of theatre groups, theatre programs and festivals in Germany and Greece.

is publishing in accredited professional journals.

He is a recommended lecturer at universities and conferences all over the world (such as University of Hamburg,

He teaches Acting and Voice since 1996 in Drama Schools, workshops and masterclasses.

From 2015-2018 he was the Artistic Director of the Opera department as well as the Int. Opera Studio

of Patras Municipal and Regional Theatre.